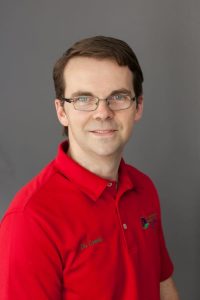 Originally from central New York, Dr. Lance Loomis has had the pleasure of benefiting from chiropractic care his entire life, and has turned that lifelong experience into a passion for serving others with a holistic healthcare approach. He has owned and operated his own practice since 2010, and in that time frame has performed two practice acquisitions and moved his office to a new location in the heart of Parkville, Maryland, featuring an open floor plan, modern amenities and over 2,000 square feet of space. He is experienced in adjusting pregnant women as well as babies and children, having received additional training specifically in pediatric care. He also loves working with athletes, as he himself is a master martial arts instructor in three disciplines.

Dr. Loomis enjoys many hobbies in his spare time, including teaching and training in martial arts, drawing, camping, playing stringed instruments, and hanging out with his wife, Melody and his daughter, Luci. Dr. Loomis was also an Eagle Scout, making him an excellent companion in any dire emergency.

“I have been treated by a chiropractor since I was born. I attribute my overall health to having been under chiropractic wellness care my entire life. I love to teach my patients how incredible the design of the human body is. I really get excited when patients transform their perspective on health from reactive to proactive.”